Preview the entire album on SoundCloud!

"It’s no secret that I’ve kind of made it my personal mission in life to fill the world with Mega Man remixes. I’ve always felt that the music from Capcom’s legendary franchise is incredibly diverse, wonderfully catchy, and very approachable from an arranger’s point of view. I’ve been running some amazing Mega Man remix competitions on OC ReMix for a couple of years now, and I’m constantly blown away by the incredible talent and fresh sounds the members of our community have constantly and consistently brought to the table.

So when Brett approached OC ReMix about celebrating Mega Man’s 25th anniversary with this great idea for a “first games” album, I jumped at the opportunity to head it up, because I know what our community is capable of. Mega Man is such an important franchise in the history of video game music, because every sub-series in the franchise has such a specific sound. It’s really important in my mind to honor not only the classic early music from franchises like classic Mega Man and Mega Man X, but also the newer sounds from series like Mega Man ZX and Mega Man Star Force. I’m happy to say that we got an incredible pool of talented artists to dig into all the different iterations of Mega Man and his games’ music and put out some awesome tracks.

I’m incredibly pleased with how this album turned out, and I’m very excited for everyone to hear it. I hope everyone out there will enjoy it as much as I do. Here’s to 25 more years of Mega Man!"

"Back in January '13, I finally put three pieces of a stunningly obvious puzzle together - I'm a big VGM fan, a big OC ReMix fan and have access to all kinds of people within Capcom. When the light bulb went off, I immediately pinged internal Capcom folks as well as OCR, and by the time PAX East rolled around, the ball was rolling on the album you're about to enjoy. The only official "request" I had was to feature songs from the first game in each MM series, and from there DarkeSword made it happen.

This is an amazing group of songs too, surely worthy of OCR's first commercial album. I did a double take the first time I heard "Rubber Horse" and Legends fans will really get a kick out of how those tracks were handled. I hope you enjoy the album as much I am! :)"

"Creating the soundtrack to Super Street Fighter II Turbo HD Remix was an important milestone for us, and I'm honored the OCR community once again has the opportunity to officially showcase their skills with classic Capcom music that they love and respect. Brett's concept of tackling the first games of each major series was a perfect framework for this album - no matter what kind of Mega Man fan you are, no matter which series got you hooked, there's a little something for everyone."

"When Brett & Capcom approached us with the idea for a 25th anniversary Mega Man tribute album, we felt the time was right to try something a little different, and began planning our first commercial, fully-licensed album. Our goal with this album was to branch out and expand the scope of what our community releases, to reach new ears, and to open new doors for future opportunities. Capcom have a deep respect for fan tributes & video game music, and (once again) have been wonderful to work with. We will ALWAYS remain passionately committed to the free VGM fan arrangement community (don't worry!), but our trust and relationship with Capcom made it possible for us to feel confident in taking this step!"

Founded in 1999, OverClocked ReMix is an organization dedicated to the appreciation and promotion of video game music as an art form. Its primary focus is ocremix.org, a website featuring thousands of free fan arrangements, information on game music and composers, resources for aspiring artists, and a thriving community of video game music fans. 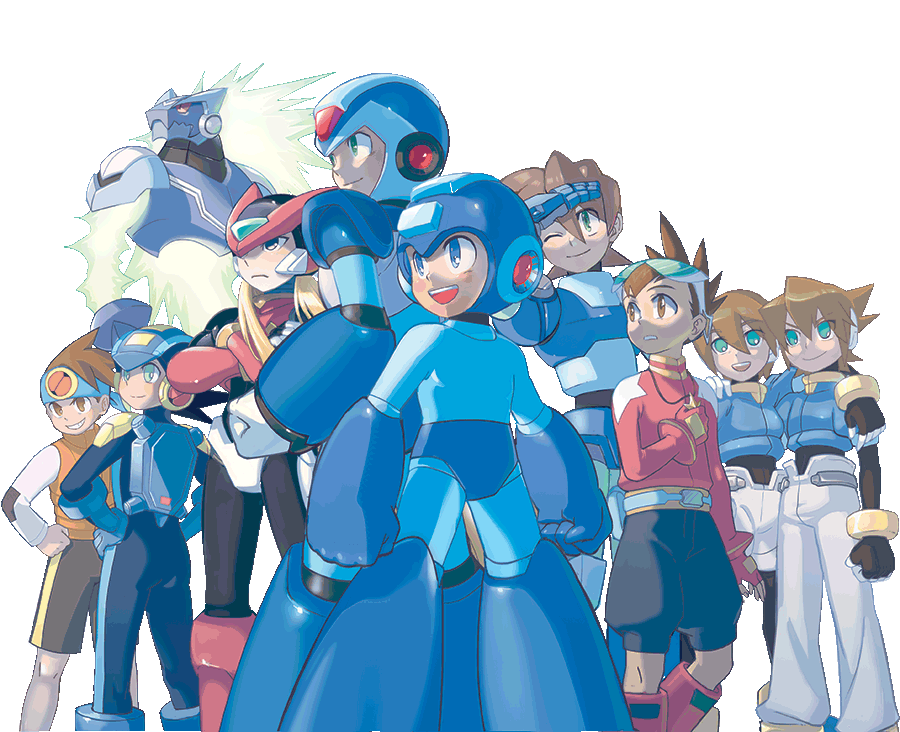